Stadia – A New Era for Gamers?

You will be able to play contemporary video games on just about any screen you own, with Google’s servers handling all the processing power and beaming them to you via the cloud. There are no downloads or installations to worry about; your device is compatible with Google Stadia if it is able to run a Google Chrome browser.

Google Stadia comes with a Stadia controller, that connects directly to the gaming server, as opposed to a PC, as this will reduce the latency. However, it has not been proven that the controller will work smoothly during gameplay, as most PC controllers are wired and the Stadia controller is wireless.

Touching on the latency issues, Google has dubbed a new term called “Negative Latency” to deal with it, as latency is one of the biggest obstacles of cloud gaming. AI based algorithms will be employed to predict the future moves of players, enabling cloud servers to pre-render the game’s subsequent scenes so that they load on time, hence reducing the latency. On the contrary, if a player makes an unpredictable move the latency will increase as the server would be occupied rendering the predicted frames. We, at Ellipsis have similar questions and are rather skeptical about this proposed solution, yet we look forward to cloud gaming.

The future of gaming consoles may look bleak due to the instant availability of technology to the consumers. Game consoles need to be mass produced, have to undergo quality control procedures as well as marketing while gaming hardware changes annually.

Much like how films and TV shows can be viewed instantaneously, gaming is also assimilating into streaming culture.

In an interview with Edge magazine, VP of engineering Madj Bakar expressed confidence in Stadia and the plan for the service down the line.

“Ultimately, we think in a year or two we’ll have games that are running faster and feel more responsive in the cloud than they do locally, regardless of how powerful the local machine is,” Bakar said.

All of these are made possible with Google’s colossal and formidable data centers. The real question is, will die-hard gamers eventually make the switch to Stadia? Only time will tell if this new service will blow up and assert itself into the new frontier of gaming. 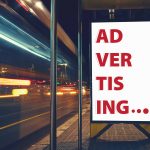