Malware-filled apps are roaming around the Google Play Store

It has been discovered that there are numerous Android apps lurking around the Play Store that are filled with malware. They may appear to look harmless but they’re more than capable of inserting nasty viruses onto your Android devices. When an app is installed, a pop-up message reads “This app is incompatible with your device!” before crashing and leaving the user at Google Maps.

Below is a list of the apps. Delete them immediately, should you have installed any of them.

Apple is able to confirm that its latest roll-out of the iOS 13 operating system has reached a high download rate, with installs in half of all iPhones as well as 55 percent of iPhones launched last year. Google did not update its 2019 dashboard since May, however the statistics at the time for Android 9 was a mere 10.4 percent. This could be due to the fact that Apple has fewer variants, whereas Android operating systems have to be rolled out to each manufacturer before they are internally deployed to all their SKU’s, before each carrier variant is examined and a regional rollout is started.

Google recently omitted a few personal loan apps from Google Play, particularly if the Annual Percentage Rate (APR) is 36% and higher. Platforms are subsequently required to display their maximum APR to continue to remain in Google Play. The APRs need to be calculated consistently with the Truth in Lending Act (TILA).

As a result of the limitation, several loan providers are saying that the policy changes are damaging “legitimate operators” as well as people who are seeking for legal loans.

Sony’s PlayStation 5 is confirmed to be released during the holiday season 2020. Sony divulged that some of the new hardware features will include a presumably-named DualShock 5 controller, which utilises haptics instead of rumble – so plays would feel different sensations during gameplay.

There will also be adaptive triggers on the L2/R2 buttons, so that developers would be able customise the resistance of the triggers. In other words, this feature enables a game to adapt to how difficult the trigger may be to use.

The Witcher 3 has been brought to the Nintendo Switch. The game has been noted to work really well in portable, as the smaller screen seems to flatter the visuals. The combat sequences were also rather consistent, which proved for a pleasing experience.

While the smaller screen does not do the original game justice in addition to a few technical hiccups, it has proven itself to be a great alternative if you’re the type of gamer who prefers to play on-the-go.

The Witcher 3’s storyline largely comprises beauty, manipulation and a lot of gore. There are a myriad of cool quests, thrilling combat sequences, twists, and fascinating characters.

PUBG’s upcoming fifth season will bring a set of new weapons and additions, amongst others. It has been revealed that there will be new spike traps, as well as the ability to throw items to comrades. It’s possible to now request a certain item using the communication system, and have your teammate pass it you by pressing the interact key.

The most interesting addition to the game would be that players would be able to throw melee weapons at enemies; one of which includes a frying pan. Yes, you read it right – a frying pan. It is capable of causing devastating damage, and is more formidable than the machete, crowbar or sickle despite having a shorter maximum range.

It is also reported that there will be a vending machine that dispenses painkillers and energy drinks, available in Camp Jackal and Miramar. UI wardrobe tweaks, in addition to in-game and performance updates are also to be expected.

The Yahoo Groups Site To Close Down

Sadly, Yahoo Groups will cease to exist after a two-phase process come October 28, and all content previously posted on its website will be deleted in mid-December. Users would still have the ability to link their groups via email, but the site will be empty. Furthermore, all groups will be made private and will need approval from an administrator.

Users who would like to preserve their history on the site would be able to download their data from their posts, or via Yahoo’s Privacy Dashboard.

Nasa unveils new spacesuits for its Lunar and Martian missions

Nasa has revealed two new Artemis Generation Spacesuits, designed for its upcoming Moon and Mars missions. Artemis is projected to land the first woman and man on the Moon by 2024.

The first suit, known as the Orion Crew Survival System, that will be utilised for launch and re-entry aboard NASA’s Orion Spacecraft.

The second suit is for traversing the surface of the Moon, called the Exploration Extravehicular Mobility Unit, or xEMU for short. It may look like a regular old spacesuit, but upon closer inspection, it promises more comfort and mobility for the astronauts embarking on the Lunar mission. Furthermore, the xEMU is designed to give a custom fit for astronauts of all sizes, while also having interchangeable parts for working in space or when on lunar terrain.

There will be upgrades to the suit, including life support, for when the Artemis Project takes to Mars as well.

The tech titan recently unveiled its new Android voice recorder app, that is equipped with real-time speech processing, speech recognition and AI so recordings are automatically transcribed as the person is speaking in real-time.

As a result, recordings can be turned into text even in the absence of an internet connection, including airplane mode. There’s also an advanced feature where users can search for words, phrases or sounds.

The app known as Recorder works in English for the time being, though other languages will be made available in the future. It is unclear as to when the app will be rolled out to other devices, as the app was introduced as part of improvements to its Pixel 4 smartphone. 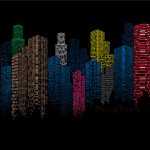